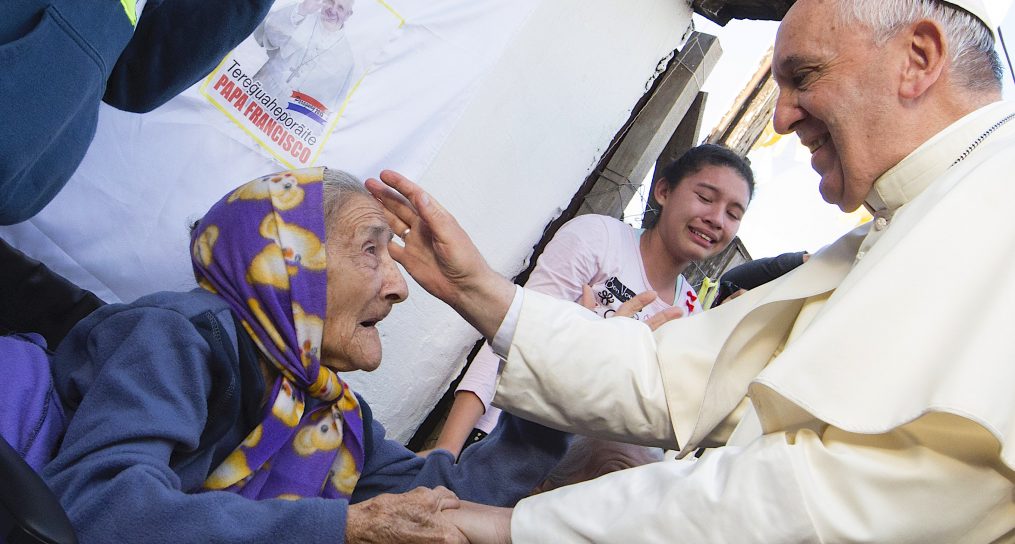 Lent is a season of prayer, penance, and almsgiving. During this blessed time of the year, we are inspired and strengthened in our Lenten disciplines by the lives of the saints. It is fitting, then, that we should turn to Saint Francis of Assisi for guidance and intercession. In this story from the Little Flowers of Saint Francis (the 13th century series of legends about the Poor Man from Assisi), we read about his extraordinary Lent on a deserted island in Lake Tresimino, which is located approximately forty miles from Assisi.

Lent at the Lake
A Story of Saint Francis

As a true servant of the Lord, Francis was almost like another Christ because he was given to the world for the salvation of souls. In so many ways, God willed that the saint’s actions should be conformed to the image of Christ Jesus, his Beloved Son. We see God’s will at work in the life of Saint Francis, and through the example of his first twelve companions, the miraculous mystery of his sacred stigmata (the five wounds of the Crucified Christ), and the story of his long Lenten fast at Lake Tresimino.

It happened this way: Francis traveled to a friend’s house, which was located near the lake. At this house, God inspired him to spend the Holy Season of Lent on a isolated island in the middle of the lake. Francis prayed that his friend would take him in secrecy to the uninhabited island on Ash Wednesday. Out of great love for the saint, this friend and follower, unknown to the annals of history, carried him to the island. When they arrived, Francis begged his friend not to return until Holy Thursday and to keep his secret. So pledged, the man departed the island by boat.

Francis was now alone with God. He brought only two small loaves of bread. And since there was no shelter on the island, he retreated into a deep thicket, created a little hut from branches and reeds, and devoted himself to the contemplation of heavenly things. Francis remained alone with God on the island for the forty days and forty nights of Lent. He ate and drank nothing except for one half of one of the small loaves. Upon his return to the island on Holy Thursday, the friend confirmed this truth by finding both loaves of bread: one entire loaf and one half of another loaf. Francis reluctantly admitted that he fasted out of humble reverence for the Lord Jesus Christ, who fasted for forty days and forty nights without food of any kind. However, Francis ate one half of one of the loaves to keep himself from the poison of pride which is so common among those who claim to follow the Lord.

Afterwards, on this small island where Saint Francis fasted and prayed, God granted many miracles. People began to inhabit the island, to build houses, and to create a community of faith that included a house for the friars. This humble dwelling was called the House of the Island. Even now, all who live on this sacred island are strong in their faith. They have great devotion to Saint Francis and reverence for the deep thicket where he fasted and prayed as his Savior once fasted and prayed for forty days and forty nights. Amen!

Almighty, eternal, just, and merciful God,
grant us in our misery the grace
to do for you alone
what we know you want us to do,
and to desire always what is pleasing to you.
Thus inwardly cleansed and inwardly enlightened,
and inflamed by the fire of the Holy Spirit,
may we be able to follow in the footsteps
of your Beloved Son, our Lord Jesus Christ.
And by your grace alone,
may we make our way to you,
Most High God, who lives and reigns
in perfect Trinity and simple Unity,
and are glorified God all-powerful
for ever and ever. Amen.

For the twelfth consecutive year, Father Jim and Cliff Garvey will lead the Assisi Project’s week-long, small-group pilgrimage to Italy. From November 7th through November 16th, we will journey again to Assisi and literally walk in the footsteps of Saint Francis and Saint Clare. Each morning will begin with Morning Prayer and Mass. Father Jim will celebrate Masses at the Basilica of Saint Francis, the Basilica of Saint Clare, the Basilica of Our Lady of Angels, the Carceri Hermitage, and the Sanctuary at La Verna. Each afternoon, our pilgrims will have free time and guidance to explore Assisi at their own pace. Each evening, we will gather as a community for Evening Prayer, supper, a spiritual reflection, and faith sharing.

As a fellowship of pilgrims, we will explore the Basilicas of Saint Francis and Saint Clare. Each of these blessed shrines contains the tombs of the saints, holy relics, historic frescoes, and other priceless works of art, along with quiet chapels for personal prayer and worship. We will also visit the Cathedral of Saint Rufinus, where Francis and Clare were baptized; the Church of Saint Damian, where Christ spoke to Francis and hastened his conversion; the hermitage, where Francis and his first followers retreated for solitude and silence; and the little chapelknown as the Porziuncola or “Little Portion”, which is considered the home church of the worldwide Franciscan community. We’re even planning a few surprises for this year!

In addition, we will spend leisurely afternoons in and around the Piazza del Commune, Assisi’s city center, with its sidewalk cafes, unique shops, and ancient Roman temple (now a Roman Catholic Church consecrated to the Blessed Mother). Our more adventurous pilgrims will also have an opportunity to visit the Rocca Maggiore, the great medieval fortress with its stunning views of Assisi, Mount Subasio, and the Spoleto Valley. And finally, we will travel to La Verna, the mountain sanctuary in Tuscany, where Saint Francis received the stigmata. At La Verna, we will celebrate Mass, enjoy a traditional Tuscan lunch, and participate in the daily procession that commemorates how Francis received the five wounds of the Crucified Christ.

The cost of this extraordinary pilgrimage is $3,499 per person which includes roundtrip air-fare and fees (from Boston Logan Airport); all ground transportation (except personal taxi service); eight nights accommodation (single room and private bathroom) at Casa Santa Brigida; and all meals in the guest house (breakfast, lunch, and supper). Prospective pilgrims should note that this pilgrimage is limited to just fourteen participants; involves some strenuous physical activity; and that access to some pilgrimage sites in Italy is limited for those with physical disabilities. For more information about the Assisi Project’s 12th Annual Fall Pilgrimage, please contact Cliff at cgarvey@assisiproject.com.

Founded in 2007, the Assisi Project is a Fellowship of Franciscans in Spirit with members, friends, and followers in the United States, Canada, Europe, and Africa. We are dedicated to helping Christian believers of all ages to more faithfully live the Gospel of Christ in the spirit of Saints Francis and Clare. The Assisi Project is a non-profit, tax exempt charitable  organization. All are welcome to support our ministry through smile.amazon.com or by sending your donation to the Assisi Project, Post Office Box 3158, Gloucester, Massachusetts 01931-3158. For more information about the Assisi Project and our upcoming opportunities for faith formation, prayer, and pilgrimage in the Franciscan spiritual tradition, please contact Cliff Garvey at cgarvey@assisiproject.com. May the Lord give you peace!